Today we have another special guest with us. He is Iskander Aminov a.k.a Izzy, a game artist and a game developer too. If you don’t know him then let me tell you, he is the founder of Game art tutorials blog where he provides tutorials to learn game art. He is also a team member of a Teki Town whose game “Kill the Plumbers” is recently got greenlit by the Steam community. In the game, your goal is to stop the protagonist from winning. Sounds cool. Isn’t it. Now let’s talk to our guest. 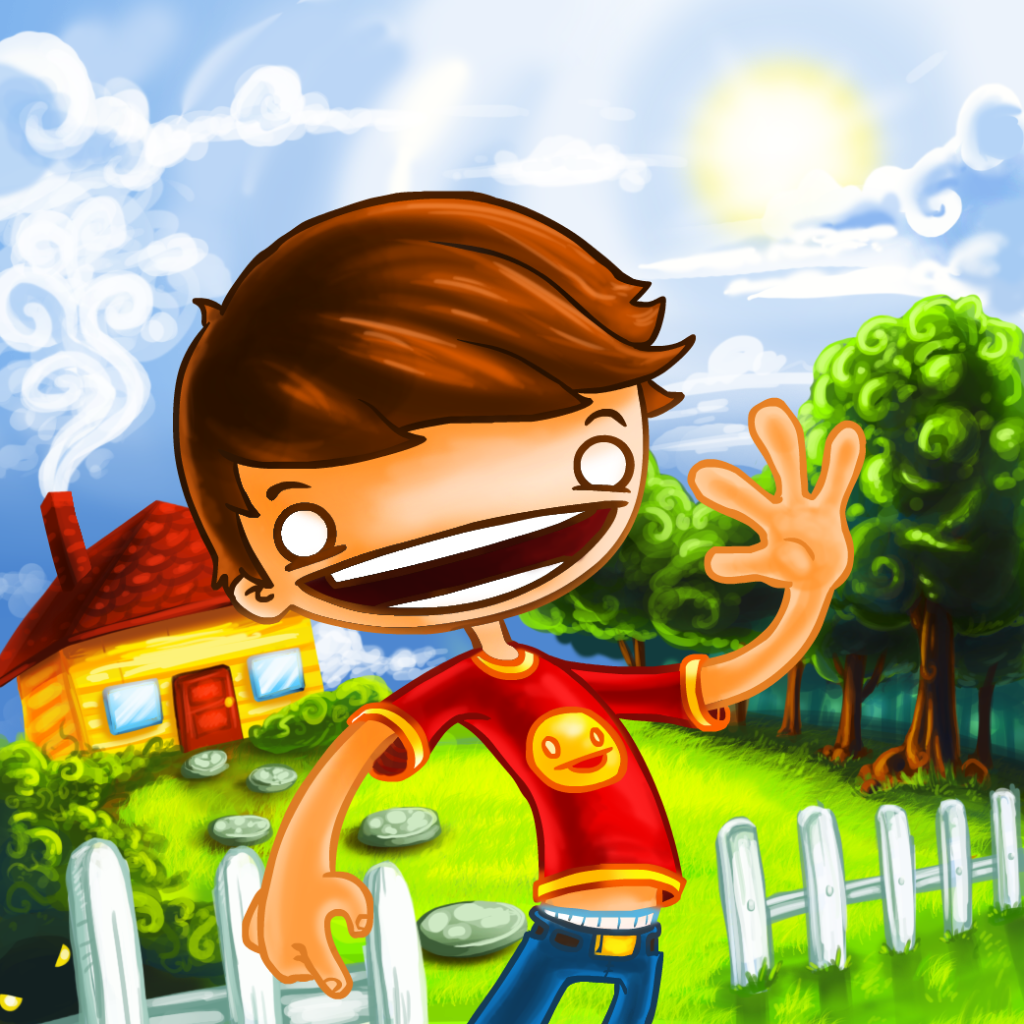 Game artist of Kill the Plumber

Hey Ya Izzy! Welcome to Unlucky Studio. First of all thanks for your time. Tell us a bit about yourself. Where are you from? What do you do for a living?


Thanks for setting this up, happy to do this. I’m a game developer/graphic artist, originally from Russia but have lived in the US for most of my life. My income these days comes from selling web games to sponsors and doing small commissions for other developers.


What was the main reason behind starting 2d game art tutorials? What did you learn throughout this process?


When you don’t know a lot about the field you’re getting into, it’s nice to have places you can visit that will help you get on the right path. I started that blog because I’ve gotten enough experiences to talk about so it might help others find their way too. With indie games becoming more and more popular, several people are getting interested in trying to get into the field too, but there’s not a ton of resources around specifically on creating 2D assets. I decided it would be a nice experiment to launch something and update every so often when I have free time.


Do you have any degree in art? How did you learn and developed this art style?


I went to a university and majored in New Media, which back then I didn’t even know about it, but eventually was happy that I picked it instead of Graphic Design or something along those lines. There was a lot of freedom, especially in studio classes, which was shared with sculptors and painters.  It was actually very useful to be around artists of different majors because they have tips on things that you would have never thought of.


As far as style goes, it’s not something you actively try to develop, it just naturally happens because you draw in a way that makes you happy. If you like someone else’s style, you might try to imitate it, but in the end you will never be as good as them. When you keep working on your own thing, a style eventually spawns out of it, and you can be happy to know that no one else will be better than you at it because it’s your own.


School wasn’t really how I got better at art, you really need to work on it on your own if you want to succeed. I participated in sites like Newgrounds when I was around 15 and kept it up for a few years until I found a footing in game dev.  There, I contributed to different threads, critiqued others and won a few art contests.  That sense of competition was nice and it helped me make better stuff, while no one else in school did what I did so competition wasn’t really legitimate.  But I still tried to ‘win’ at all the assignments.


Would say it all starts with the game design. I talk with my partner about what game we should make, which mechanics to have and eventually what kind of theme we want. I tend to want something unique so it stands out in the ocean of games out there, but also a new style of art could influence me.


Once there’s a good concept, I usually go straight to sketching and rendering assets directly in my programs. Since I’ve been doing this for a few years now, I have pre made assets that I use to speed up the process. It usually involves reskinning a few things until I like how they look. This streamlining is pretty important for me because I can’t work on one project for a long time, otherwise I get bored of it.

Who is your favourite artist? From where do you find inspiration to work everyday?


Would say Edmund McMillen (meatboy/isaac) or Dan Paladin (castle crashers/battleblock). Not necessarily because their art is the best out there, but because they are devs like me who work in really small teams, but end up making games that are a huge hit with their audience.


My inspiration was usually from browsing art galleries in different places, but I’ve stopped doing that recently. Now it’s solely from playing other indie games like Binding of Isaac, Spelunky, FTL, Prison Architect etc. For me, inspiration comes from good game design.

You can have the most beautiful game on the planet, but if the gameplay is bad, you don’t have much to be proud of.


Which software do you use to create game assets?


My main program of choice is Flash, but I use Photoshop occasionally for some painting.  I find that Flash is the most flexible with drawing, but with the advantage of it being vector as well. I’ve found lots of cool tricks I could do in it and I’m pretty much able to make whatever thing I need directly in it.


Do you use a tablet?


I have an Intuos 5, which gets the job done pretty well. I probably use the mouse equally when making assets. Switching between the two helps my hand from getting cramped.

Do you think a tablet is necessary to create game assets?


It’s an important investment if you’re serious about game design.  Takes a while to get used to it, so you better start early, and they don’t really cost all that much.  Though you can still make good stuff with just a mouse. I would draw assets by hand, scan them and trace them with a mouse.


Your game “Kill the Plumber” has been greenlit by the steam community. What was the main factor behind its success on steam? 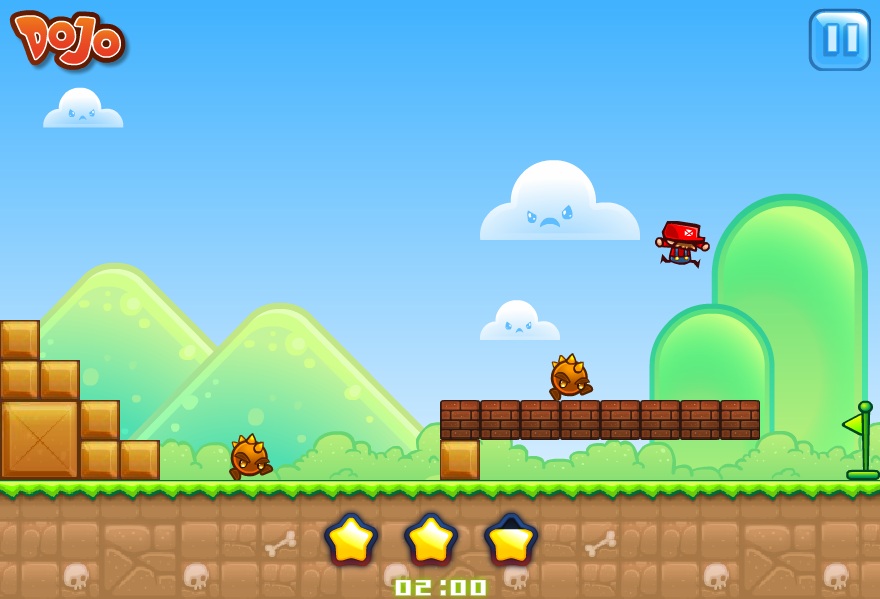 I’m not really positive if there was one main factor.  We didn’t really worry much about it because we knew the game was probably going to make it through. For us, having Kotaku write about it most likely gave us a lot of views, but for other people, if you make sure your presentation is high quality and well put together, you should do well also.


What is the biggest obstacle you have faced as a game artist?


Usually it’s always money. It’s the art field still and not that easy to get into it when you have no prior work or skills yet.  You have to work every day for countless hours and stay motivated throughout the process. Even after all that, you might not get enough out of it as you expected, but can’t give up if it makes you happy.


Any advice for the people who want to be a game artist?


Best advice I can give is team up with anyone looking to collaborate and make as many games you possibly can. Join all the game jams, read all the tutorials and dive into other people’s assets to see how they’re made so you can figure out how you can make them too.  It’s unlikely you will make something groundbreaking in your first few games, so just use them as experience to get better and make sure you don’t spend more than a month on any one project. I would rather want to look back at my dozen mediocre games than 2-3 decent ones.  Treat your partners with respect, make sure to do your part as best you can and you should be golden.


I want to say thank you again for this interview. That was some serious advice any beginner can get. You motivated me to work harder. I hope this interview helps our fellow readers who want to be a game artist. We will be following your progress. Keep making game art tutorials, we are loving them. Best of luck Izzy.